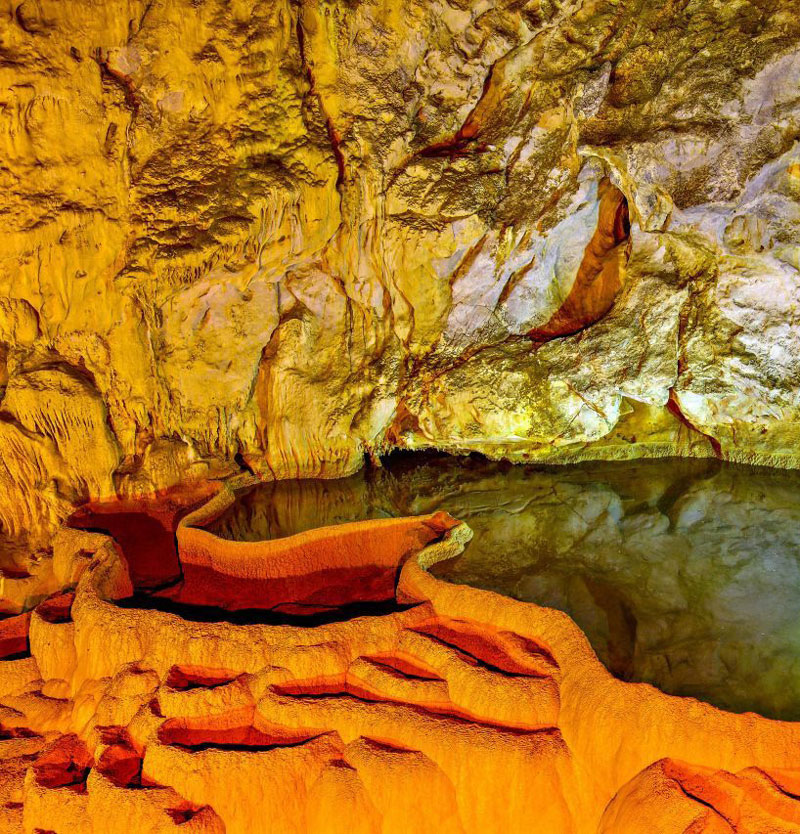 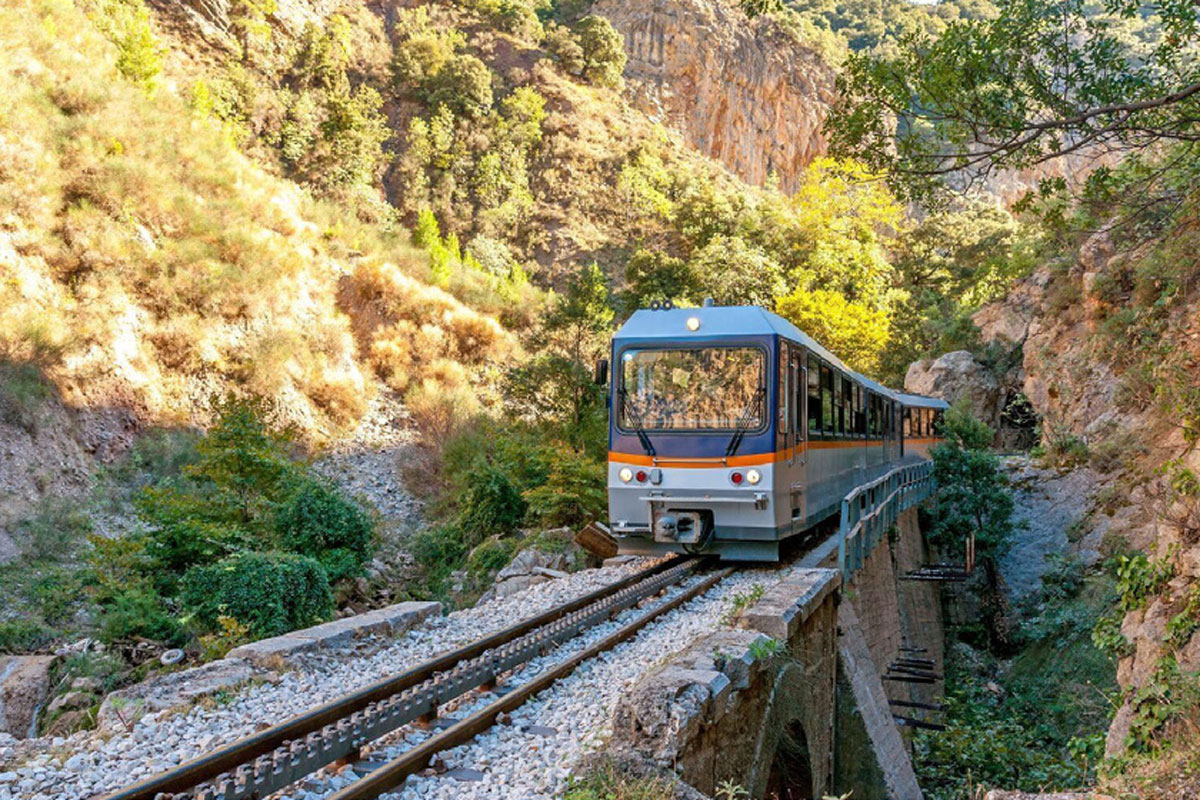 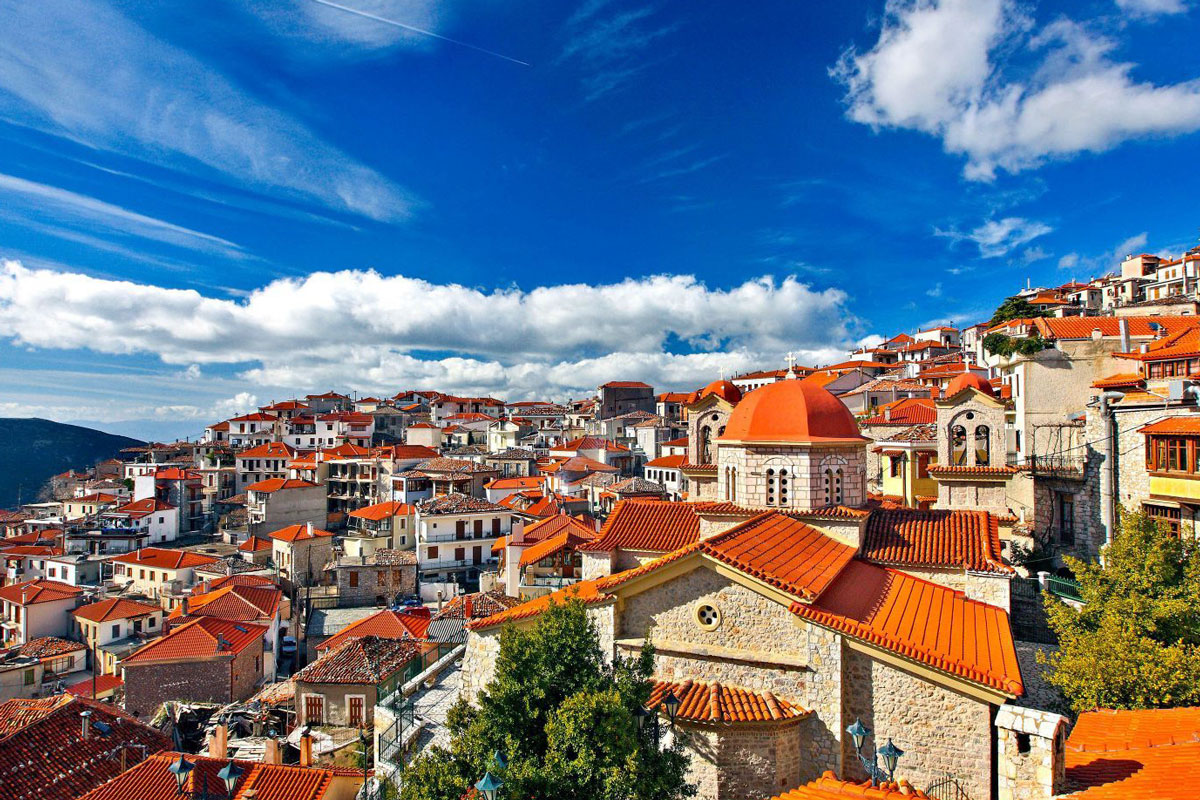 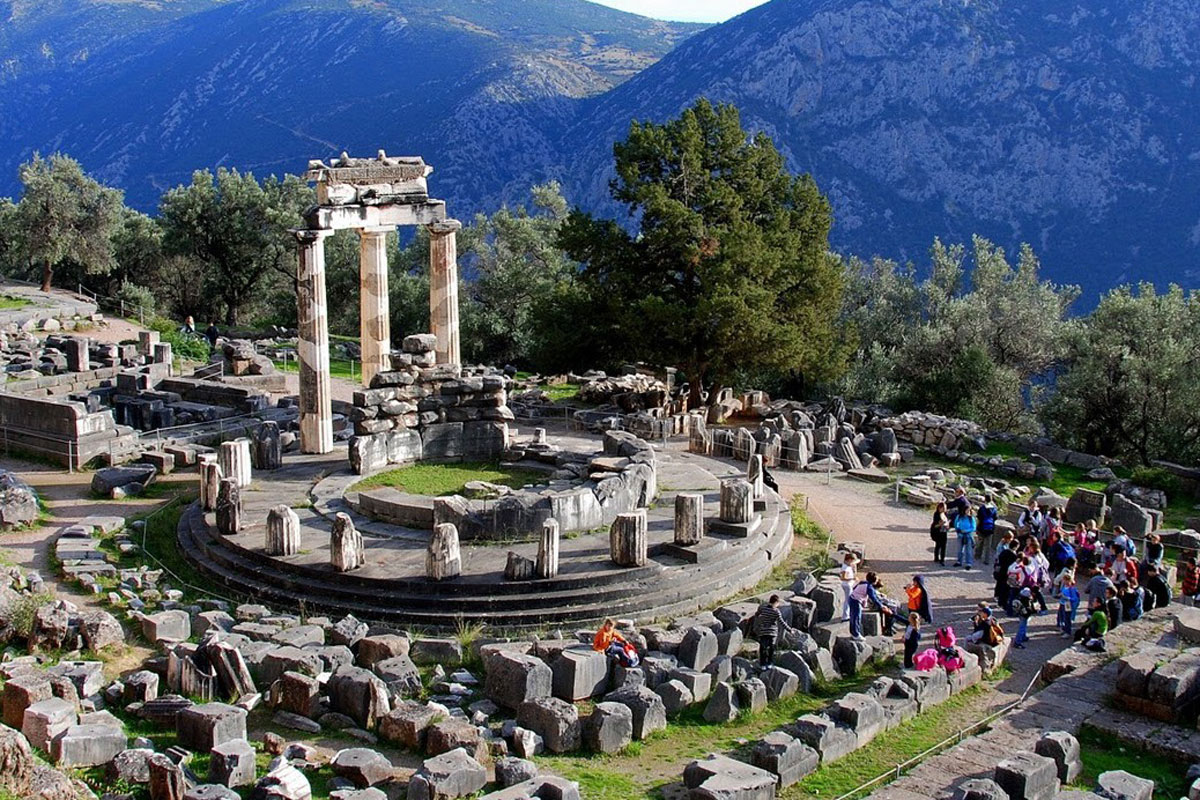 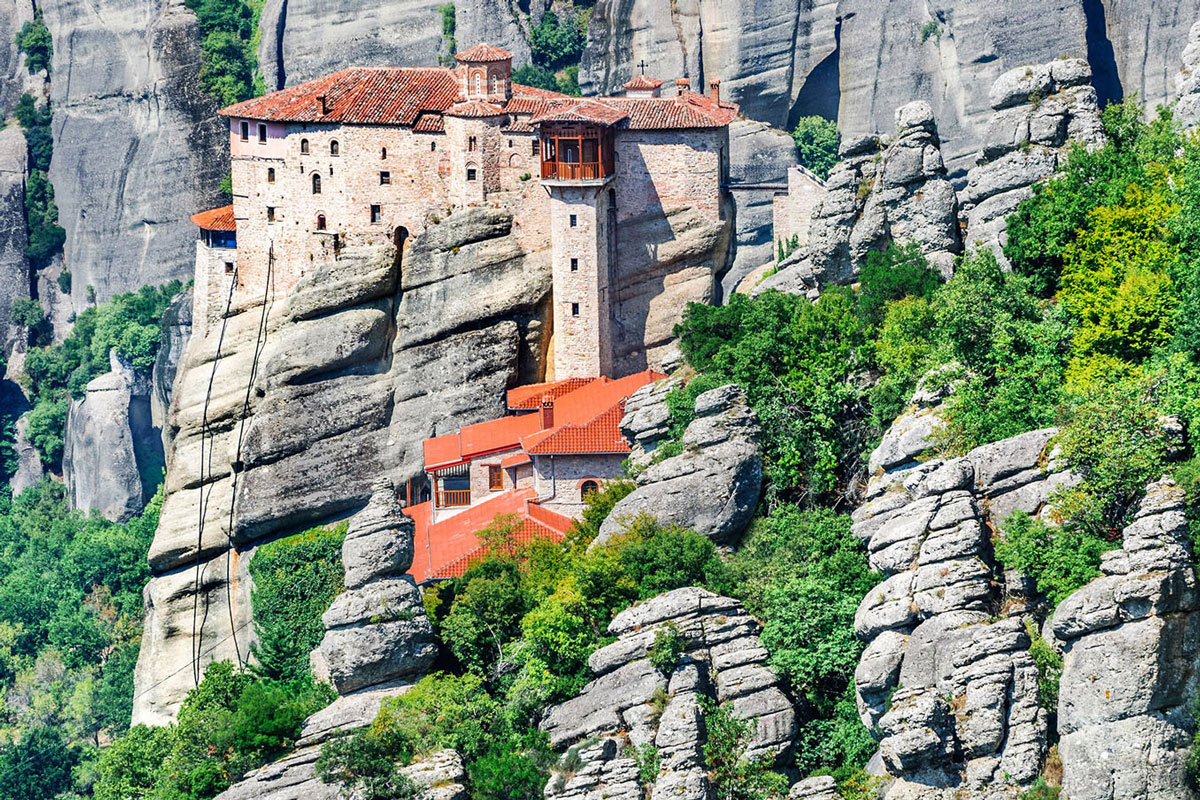 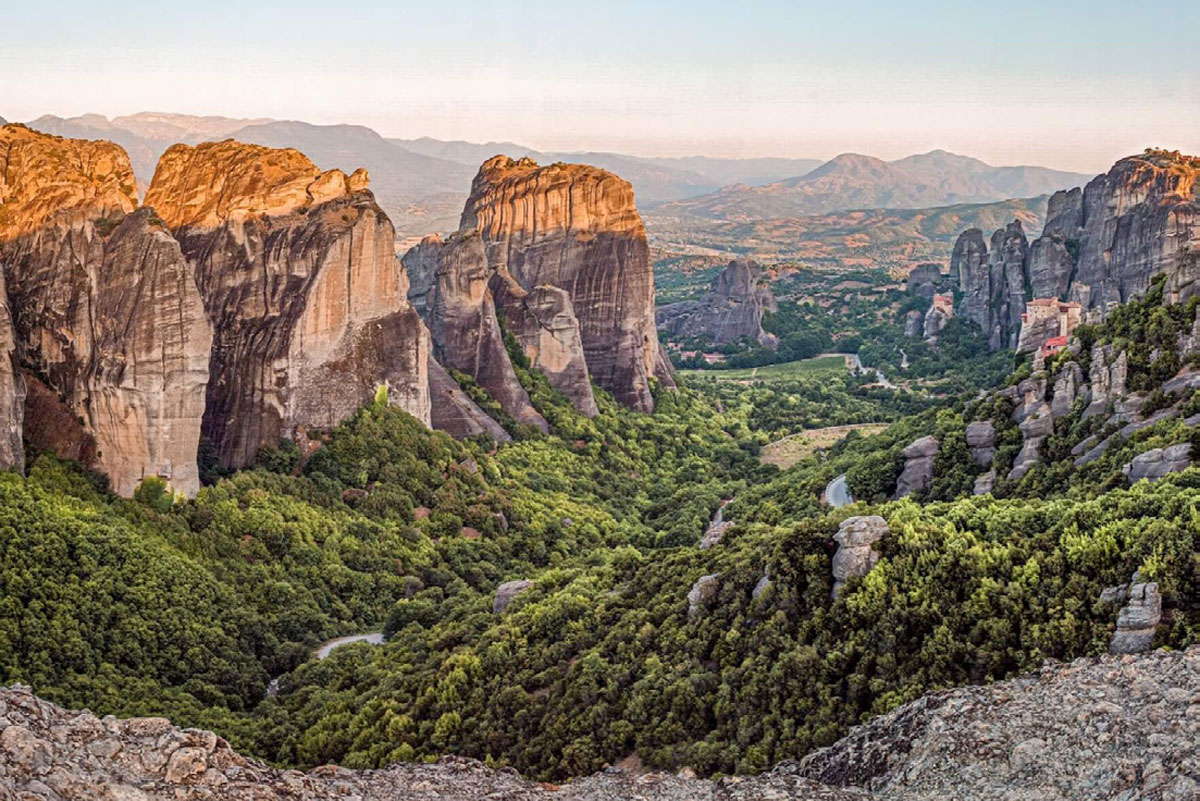 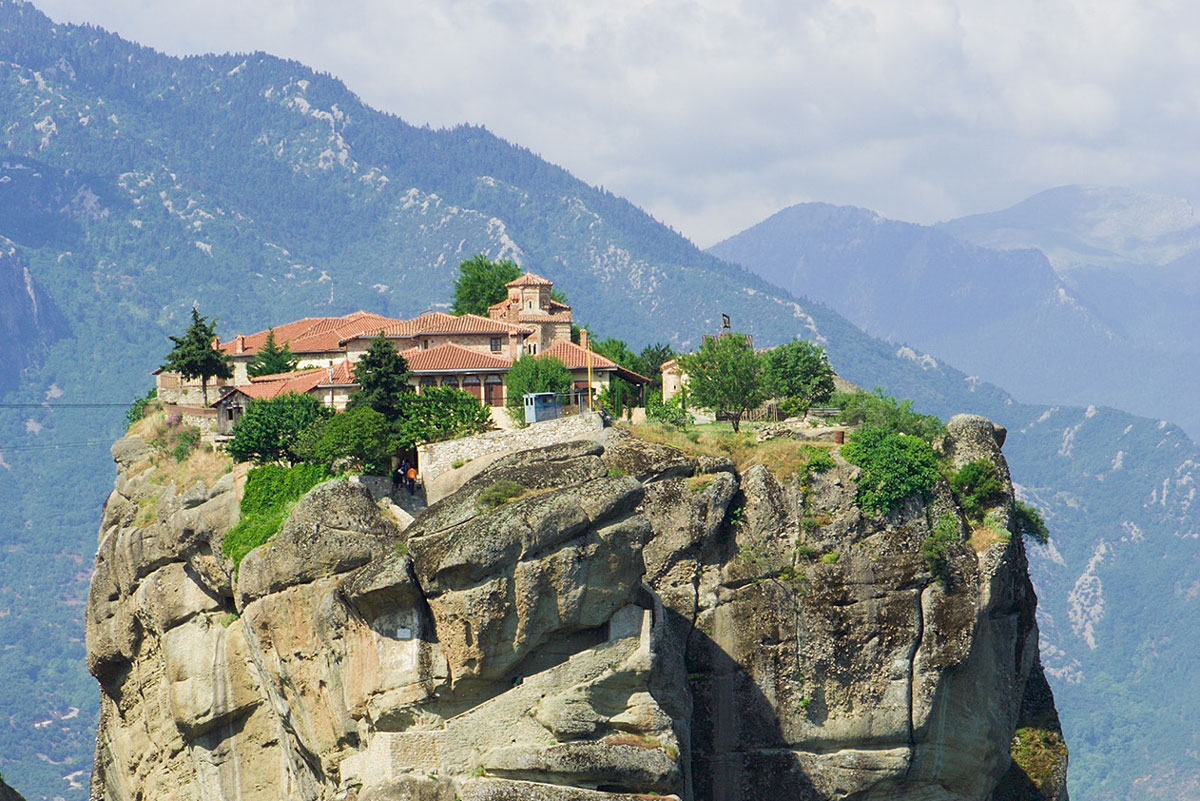 Looking for a destination to put you in contact with nature and avoid crowds, but with something special? Enjoy the moment to explore a different side of Greece.

Greece is a synonym for paradisal islands buzzing with people and parties, breathtaking beaches and views. However, with the new normal demanding no parties and social distancing, we wander in different terrain to explore this rocky highland country’s mountainsides. You might not find high-end, luxurious resorts, but it will certainly be a sumptuous experience. The best way to explore these hidden escapes is to land in Athens at the Eleftherios Venizelos Airport and rent a car.

Roads are well signed and of good quality, with some tolls along the way. Get ready to experience a road trip with some breathtaking views from time to time. If you are heading to Kalavryta, make a stop at the Corinth Canal, which separates the Peloponnese from the Greek mainland, for a memorable photo.

A mountainous town on the northern side of the Peloponnese, Kalavryta is historically known for a cruel massacre during World War II when Nazi troops killed the entire male population. And History was written in this small town.

At the Monastery of Agia Lavra, the Greek Revolution against the Ottoman Empire was declared, and the place stands now as a symbol of freedom. Nowadays, the picturesque town has other attractions for your must-visit list. Due to its proximity to the ski centre on the slopes of Mount Helmos, it becomes a favourite destination during winter. Hiking is another sport activity; while sightseeing, you can spot the Monastery of Mega Spileo, which was carved against the rocky mountain walls. Another great spot is the Cave of the Lakes, a natural creation divided into three caves connected by corridors surrounded by stalactite and stalagmite formations.

The cave houses a 2,000m-long underground river (but you can only walk 500m) which forms many small lakes. You may want to just spend a day in town, or you can opt to leave your car down in Diakofto and get a cog train (the Odontotos railway) to reach Kalavryta. The scenic route is 22km long and takes one hour. It goes from sea level to 700m high; considering that it was built at the end of the 19th century (1885-1895), the racks were an engineering innovation.

The train cuts through Vouraikos Gorge’s steep slopes, tunnels, bridges, and plane trees with a stop to admire the Monastery of Mega Spileo. It is considered one of the most scenic train routes in Greece.

Referred to as the winter Mykonos, Arachova is in a hilly area, only two-anda-half hours’ drive from Athens. Built at an altitude of 980 metres, Arachova stands on the slopes of Mount Parnassus, only 8km from the archaeological site of Delphi, the centre of the world, according to Greek mythology.

Despite being a favourite spot during the cold months (for its proximity to the ski centre), the village exudes a particular charm during the rest of the year. Its traditional tavernas, restaurants, and bars offer comforting local cuisine to the delight of tourists. One of the activities to be found there is hiking in the mountains surrounding the town. A 5.5km uphill walk from Arachova brings you to the Corycian Cave, and a section of the European E4 trail (one of the 12 European longdistance paths that start in Spain and end in Cyprus) runs from the cave to the archaeological site of Delphi.

The Delphic landscape surrounds the hiking path. The view towards the Crissaean Gulf and beyond to the Peloponnese mountain peaks will be imprinted in your memory forever.

The distance from Athens to the UNESCO World Heritage site of Meteora is about 360km. The destination is the location of the hanging monasteries with breathtaking sunsets we can see all over the internet.

The six existing monasteries are built on immense natural pillars and hill-like rounded boulders that dominate the area. You can’t stay overnight in the monasteries; you have to book a hotel in Kalabaka or in the small village of Kastraki, which is closer to Meteora.

However, during the day, the monasteries are open for visitation (please refer to Covid-19 rules before booking your trip). And you can visit more than one. Some are exclusive for men or women, and others accept both visitors. Don’t forget that appropriate clothing for everyone is required to enter the monastery premises. Sleeveless tops and T-shirts are prohibited, and all shorts and skirts must be below the knee; rules are for both men and women. Meteora is a unique area full of impressive and massive rock formations that were shaped millions of years ago. Over the years, the rocks have been changed by the actions of wind, rain and all the natural phenomena in the region. The area surrounding the monastries is the perfect landscape to hike along the pre-determined paths for an outdoor adventure.