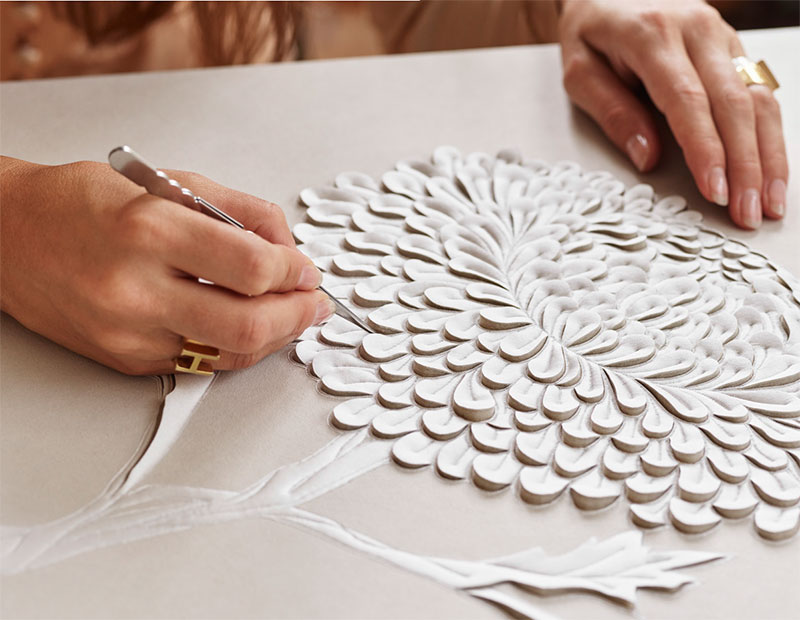 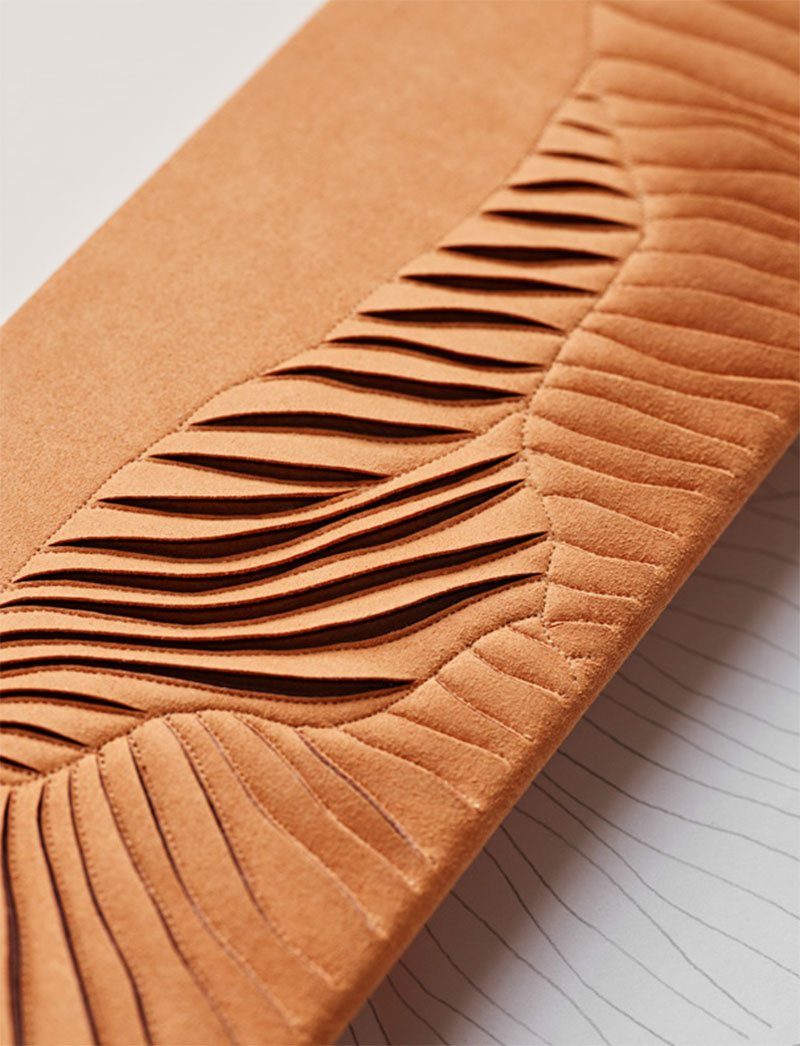 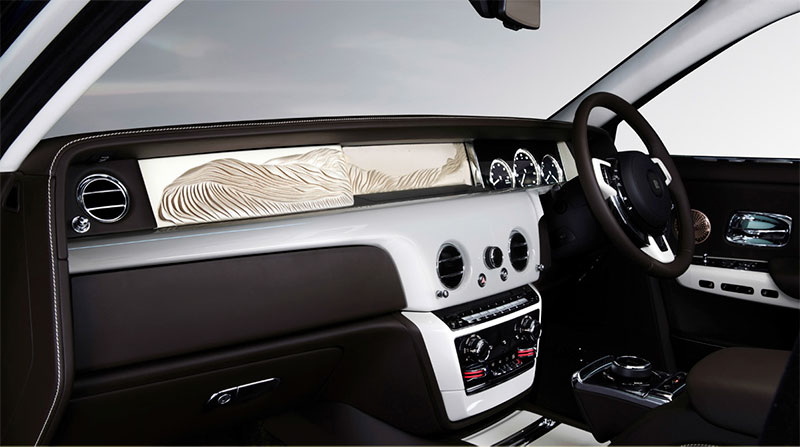 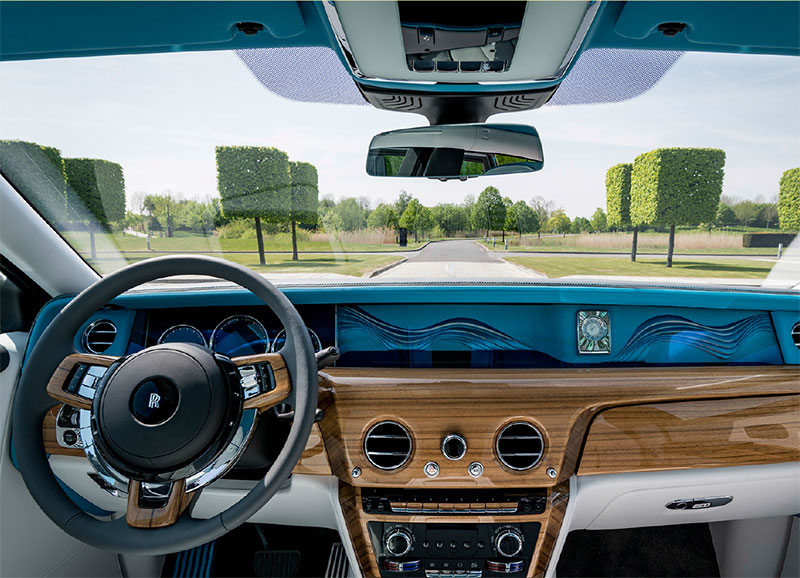 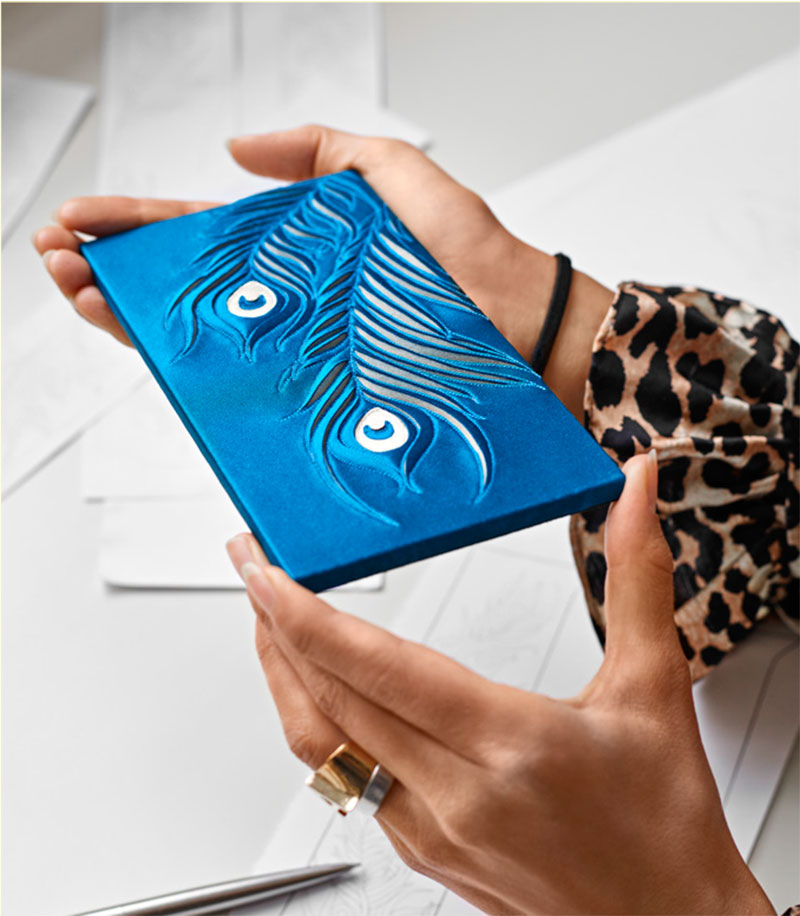 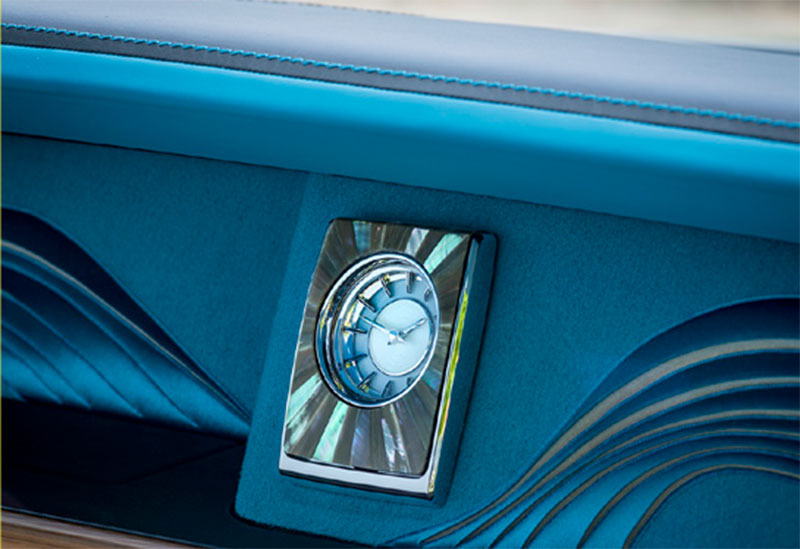 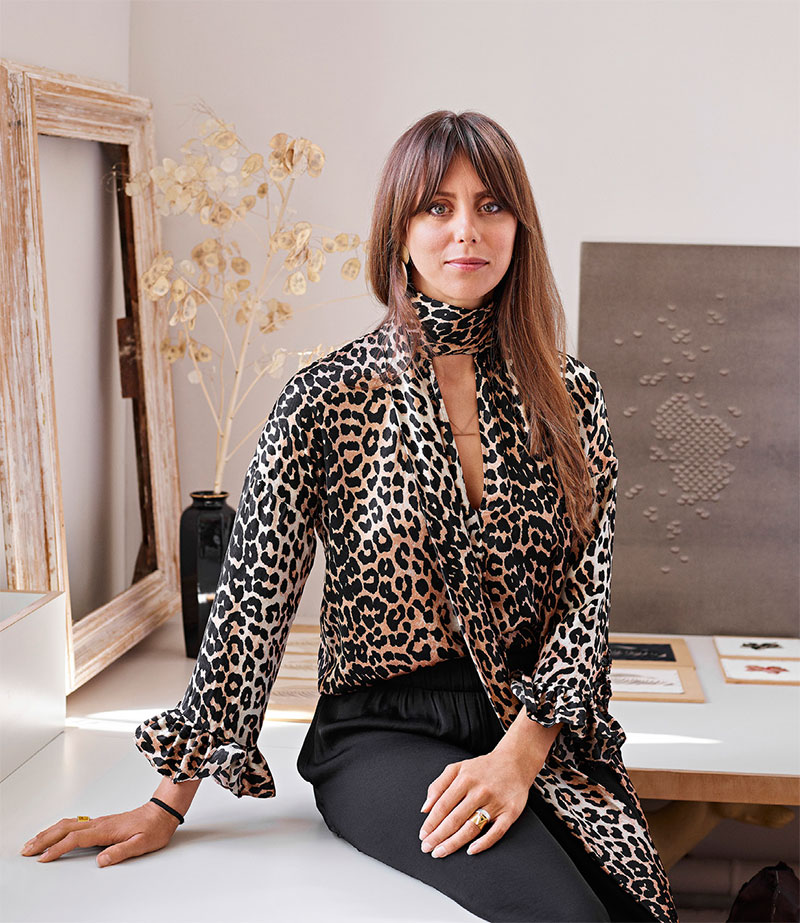 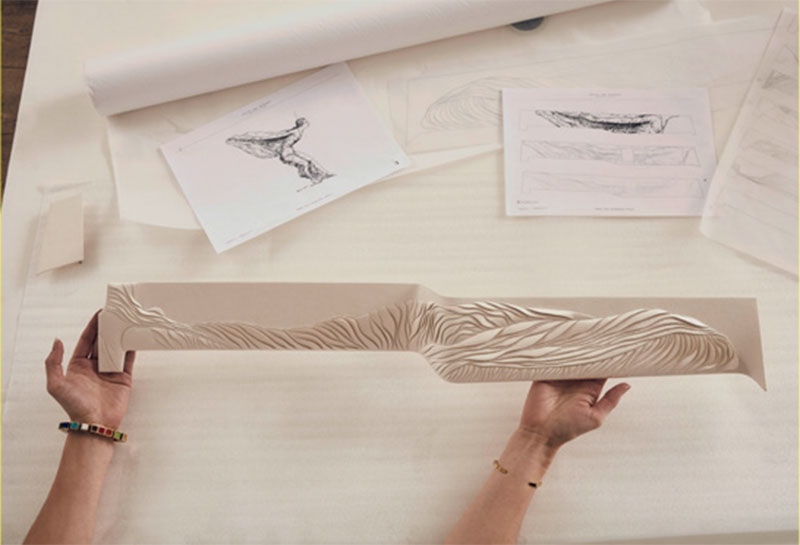 We talk to award-winning British artist and designer HELEN AMY MURRAY about her collaboration with ROLLSROYCE and how she sculpts textiles – mainly leather, suede and their synthetic counterparts – into three-dimensional decorative surfaces, including the RollsRoyce Phantom Gallery during her visit to Rolls-Royce Motor Cars Doha.

Can you tell me a little bit about yourself, how did you start getting inspiration for art?
I studied art throughout my schooling and college, then I went to Chelsea College of Art to do a degree in textile design. I’ve always been massively influenced by art and now able to collect a few pieces that I love so it’s a really big part of my world.

Where did the nature aspect come from?
What first ignited that? I think looking back pretty much all of my works influenced by nature whether that’s even some of the most geometric patterns. When you look really closely almost microscopically at things there can be a very geometric structure to them, so pretty much everything I do is influenced by nature and that’s obviously just from travelling, just walking around, and so the feathers and the flowers are a very big part, and plants in general have always been a big part of what I do.

It was really interesting when you were saying you would digitise something and you would zoom in even on the flower and then make that abstract. Tell us more about the process.
When I was looking at the Rolls-Royce Phantom’s rose as a theme my natural kind of response to it was not to do the obvious and just put a few roses on the gallery, even though I’ve obviously shown that’s possible, I kind of wanted to zoom in on it, with the gallery itself its quite, ornate in comparison to working with my large wall coverings and art works.

How many gallery items do you host within the gallery at the moment for Rolls Royce?
I think I’ve developed a collection of around 20 themes, but these are the first two prototypes and then the phantom rose and the maritime one, the nautical one you saw, are the next ones that will be prototyped so it’s a kind of ongoing process, we aren’t just making them all at once, obviously there’s the testing. It’s such a different process to what we do for the outside of the Rolls-Royce too, obviously everything still has its process and takes its time but it was a real challenge working out how to actually work with the gallery given the proportion and the shape and the irregular shape as its not flat.

“I was actually approached by RollsRoyce probably nearly three years ago now, when they came up with the idea for this gallery and they approached about 150 artists and then narrowed it down to seven.”

What would you say has been your biggest challenge?
The fact that it was aluminium, so it’s not really upholstery in the way that we would upholsterer a panel, there’s no staples or anything, so I came up with the idea of corseting the back. So, the back is sort of equally beautiful in terms of the level of hand craftsmanship and it has got a permanent corset hand stitched corsetry to it to hold everything in place because there’s no glue or staples or anything

Out of the gallery what’s your favourite, if you had to choose?
I really love the whisper muse. That was the original one that I was asked when I was asked to work on this project. At the very start I was inspired by the spirit of ecstasy, and whisper muse is kind of like a detail of the drapery on her arm and for me it’s just very subtle, it’s very sculptural and very beautiful, but, I also think the possibilities are so vast and amazing so I’m actually really excited

about doing one of the digital peacock feather ones as well in the multi colours How ethical is the process?
We have been awarded a Butterfly Mark by Positive Luxury earlier this year! They are a UK based organisation where they assess you for sustainability and good practice and ethical practice for all. We’re obviously quite a small company but people like Stella McCartney and stuff all have this mark. When you click on it, it brings you to a page which shows you what we do and what we’re achieving but for me ever since I started because it’s a hand-made product it has also been a minimal waste process so we’re not buying metres and metres of fabric we’re not throwing away much we order what we need essentially. Everything is made by hand in the studio so very little travelling going on, we don’t travel much as a company. We’re very big on recycling which sounds really lame, but you know. The materials themselves we are always looking at what we can improve on, so there’s a material we use for the depth that we found one that is made out of recycled plastic water bottles, so that would be amazing to start using that, but they just have a massive minimum order which is to be expected I suppose. And then I’ve developed my brand this year, had a rebrand and a new website and within that we are going to have our first range of packaging which will be for the samples, as we send a sample to every client and we’ve never had an actual box so we’re having a really beautiful box made of recycled materials with the branding and everything.

In regard to the future with Rolls-Royce have you an additional vision for the next year, two, five?
I was actually approached by Rolls-Royce probably nearly three years ago now, when they came up with the idea for this gallery and they app roached about 150 artists and then narrowed it down to seven. So, they had an event in London called the closed room event where they unveiled the seven artworks by seven different artists and that was when I showed the whisper muse

How did you feel in that inaugural moment?
It was absolutely amazing because it was a proper incredible event where you walk through a dark tunnel and you’re presented with the new phantom to start with and then we went into another room where they presented these seven beautiful individual gallery pieces and there I was.

So, if you had any words of advice to any upcoming artists, what would they be?
Believe in yourself and don’t be held back by the idea that you have to be something in particular or do something in particular. Don’t let it cage you into your aspirations. I spent all of my textile degree thinking well I wasn’t doing fashion, I wasn’t doing interiors because it didn’t look anything like this at that stage, completely impractical for anything but it didn’t matter it was beautiful and for me it’s just about making something beautiful.