A myth of perfumery, reinvented by an avant-garde artist

Unexpected. Innovative. Futuristic. It is the kind of match that only the House of Guerlain could orchestrate. A myth of modern perfumery, Mitsouko, reinvented for the 21st century by a young French avant-garde artist.

For Guerlain, the love of perfume and the love of art have always gone hand in hand. And ever since it was founded in 1828, the House has constantly sought out new talents to bring forth original creations.

In 2021, it is to the avant-garde artist Jeanne Briand that Guerlain has given carte blanche. A rising star of the emerging art scene in France, she has offered the House a bold, radical piece, as groundbreaking as so many of Guerlain’s olfactory creations.

For this collaboration, the young artist chose glass, a material that connects her creative inspiration and perfume, since it is glass that contains essences… She has crafted a series of eight vessels in sensual, organic shapes, as striking by day as they are spectacular by night, when the black glass turns a phosphorescent blue.

And because this outstanding creation was worthy of a myth, the fragrance it holds, Mitsouko Absolu 17, pays homage to a masterpiece: Mitsouko. A new composition created exclusively for the artwork by Thierry Wasser, Master Perfumer for Guerlain, and Delphine Jelk, Perfumer and Creative Director for Guerlain, with the participation of Jeanne Briand, Mitsouko Absolu 17 reinvents the icon in a lavish Absolu de Parfum. Set in an artistic installation reminiscent of a Japanese garden, including Mitsouko Eau de Parfum in a Baccarat crystal bottle, this exceptional signed and numbered edition is limited to 8 pieces worldwide.

JEANNE BRIAND, A BREATH OF INSPIRATION

A French artist born in 1990, Jeanne Briand studied at the École Nationale Supérieure des Beaux-Arts de Paris, graduating in 2015. At the same time, she worked with master glassmakers who taught her the craft of mouth-blowing glass.

In 2009, repurposing test tubes, she initiated a series of blownglass uteruses inspired by Aldous Huxley’s Brave New World to address issues of genetic identity. During an exchange program at the California Institute of the Arts, Los Angeles in 2014, she started working on mouth-blown glass sculptures representing “cyborg gametes” turned into wind music instruments, connected with USB plugs and audio cables that allowed viewers to hear the vibrations of the material and the artist’s breathing.

In her studio-laboratory, Jeanne Briand interweaves materials, molecules, and affects. Her vision of forms springs from the substances that compose them. Her hybrid works made of metal tubes, glass, clay, or leather stands stand at the crossroads of industrial technologies and age-old crafts.

For the curator and art theorist Nicolas Bourriaud, who envisions her approach as “biological realism”, “Jeanne Briand is one of the artists of this new generation that could be qualified as ‘materialistic’, provided that this concept is defined as one of an open mind: neither scientistic nor limited to any aspect of living matter, Jeanne Briand contributes to shifting the parameters of nature and culture, as well as those of ‘reality’.”

Jeanne Briand’s latest exhibition, “Soma (& liquid gear) in a gallery in Brussels (February-April 2021) presented installations inspired by her childhood memory of car rides where the young Jeanne, sitting on the back seat with her twin brother, would breathe in her mother’s perfume… Mitsouko. “’Soma (& liquid gear)’ evokes an undefinable time that is both universal and intimate: childhood”, the artist explains.

“I remember, at night, when I was dozing off on the back seat of my mother’s car, top to tail with my twin brother, discovering the world. Our car seat seemed to be a mega vessel; wafts of our mother’s perfume would snake their way to us, and we felt the pulsations of speed… I created a car-sculpture out of these sensory memories. Ultimately, I make sculptures and create narratives out of the things around me to produce a parallel world, a double. What interests me is the texture of the world, of a memory or a sensation.”

A BOTTLE SHAPED LIKE A DROP, MOLDED ON THE ARTIST’S NECK

A stunning piece, as fluid as the precious scent it contains, the bottle crafted by Jeanne Briand embraces its wearer’s body.

Just as perfume is dabbed between the neck and shoulder, at the pulse points that magnify its trail, the glass is molded on the body, shaped after the curve of neck and shoulder. The glass then nestles against a black branch in the final installation.

The bottle also evokes a drop, crystallized as it touches the body, like perfume meeting skin. Its movement is echoed by the fluid glass pebbles created by Jeanne Briand, inspired by Japanese gardens, in the installation in which the piece is presented. With its quasi-organic shape, the piece draws from the two major schools of glassmaking: the Scandinavian school with its streamlined, almost Japanese-style lines; and the Venetian school, which plays on volume, roundness, and opulence.

The piece unveils a third, even more surprising dimension, inspired by the bioluminescence of sea creatures. Black during the day, like the mystery of a forbidden love, the piece shows its true colors at night, when it turns a mesmerizing, phosphorescent blue. The distribution of the luminescent pigments in the glass makes each piece unique. A reflection on the tangible and the intangible, this fabulous bottle gives shape to the art of the invisible that is perfumery…

“To create this project, I drew my inspiration from Japanese gardens, which are an example of balance and harmony”, says Jeanne Briand. “The art of the Japanese garden endeavors to reproduce nature and magnify it. Sinuous and fluid, it is understated and skillfully organized, despite a deliberate dissymmetry, which fosters calm and serenity. Its very essence is the art of dissimulation. By playing on the different planes of their composition, they hide certain elements to create surprises. Mitsouko Absolu 17 also holds a hidden detail, invisible at first sight… which transforms it when the night falls.”

The bottle of Mitsouko Absolu 17 is the outcome of a very physical labor, carried out by Jeanne Briand in a glass-blowing studio in France.

It takes five days to make a bottle: 45 minutes to blow it, then one night to cool it off. The shape of the neck where the stopper will nestle must then be molded, and the imprint that will become the stopper is sculpted. It is baked for three days and polished for hours to perfect its finish. Since glass must be worked at a specific temperature, the artist and the glass craftsmen of the Arcam Glass studio must skillfully coordinate their movements, in a practiced ballet, when the molten glass is taken up, then mouth-blown out of a blowpipe.

After it is blown, the piece must immediately be carried to the annealing oven, where it will be very gradually brought back to room temperature, so that it will not shatter. The artist must wait 24 hours to find out whether the bottle hasn’t broken during the night.

In the next step, the cold finishing of the piece, the trace of the blowpipe is cut off and is meticulously polished to make it perfectly smooth.

A blend of contemporary art and secular know-how that resonates with Guerlain’s creative approach.

MITSOUKO, A MYTH, A MYSTERY

“Mitsouko… Mitsou… The sound is very sweet and the meaning sweet too… because ‘mitsou’, in Japanese, means honeycomb. Or also, when it is written with another Chinese character, ‘mystery’.’”

Born in 1919, it is the first fruity chypre of this abstract fragrance family, characterized by a woody drydown blending patchouli and moss. If it bears the name of the island of Aphrodite, it may be because in the age of the Crusades, scented bird-shaped pastes called “chypre birds” were made there. Guerlain was among the first Houses to give the name “chypre” to its fragrances, circa 1844.

But to christen Mitsouko in 1919, Jacques Guerlain borrowed the name of the Japanese heroine of a bestselling novel, La Bataille (1909) by Claude Farrère. Born in the Belle Époque, the fashion for Japonism was still in full swing after the Great War. From the character of the novel, a young Japanese aristocrat living a forbidden love with an English officer, Mitsouko would retain the idea of mystery…

Indeed, the fragrance’s tension between night and light remains, to this day, a paradox. Luminous, as Guerlain’s cherished bergamot soars in the opening. Tender, because of the peach note that Jacques Guerlain was the first to showcases in a mysterious, woody chypre accord, adorning a heart of jasmine and rose de mai… But also, vibrant, because of its biting spices. And above all, nocturnal –like a forbidden love–, because of the woody drydown of oak moss and vetiver tinged with salt. More than a mythical chypre, Mitsouko is a myth, worn by icons such as Sergei Diaghilev, Charlie Chaplin, Ingrid Bergman, Wallis Simpson, Diana, Princess of Wales… A legendary trail.

MITSOUKO ABSOLU 17, THE DAZZLING REINVENTION OF AN ICON

The futuristic bottle created by Jeanne Briand could only hold a bold olfactory creation, driven by the incredible talent and consummate expertise of Guerlain’s perfumers.

An Absolu de Parfum exclusively composed for this limited edition, as a tribute to Mitsouko: Mitsouko Absolu 17. Seventeen: the number was not chosen by chance, since Jeanne Briand has had it tattooed on her fingers as a lucky charm. Seventeen, also, because odd numbers –like asymmetry– play a major role in the aesthetics of Japanese gardens.

The choice of Mitsouko as a source of inspiration is especially symbolic. The fragrance is particularly dear to Jeanne Briand, whose mother wore it when the artist was a child. And for all perfumers, it is an absolute icon. To resonate with the avant-garde bottle created for this edition, Thierry Wasser and Delphine Jelk offer up a radical, absolutely contemporary vision of history’s first fruity chypre.

With Mitsouko Absolu 17, the two perfumers entirely deconstructed Jacques Guerlain’s masterpiece and streamlined the composition. Brought to light, the power of the original’s structure is fully exposed, accenting its tension. The notes that make up the signature of Mitsouko are reinvented. Like the sculpture that holds it, black by day, phosphorescent by night, it is a novel olfactory object that reveals itself here, dazzling, vibrant, mysterious…

An overdose of bergamot, Guerlain’s iconic hesperidic essence, is made more sparkling still by glittering pink pepper. The peach note that characterizes the original turns to apricot. Rounded, carnal, it is enriched with Rose absolute and an iris accord.

Though modernized, this chypre has not forgotten its roots. To accent the composition’s tension between black and light, the perfumers have undergirded this heart of fruit and flowers with a very “vintage” base of oak moss, vetiver, and leather.\

THE INSTALLATION, A REMINISCENCE OF JAPANESE GARDENS

As a tribute to the Japonism that inspired Mitsouko, the installation that showcases Jeanne Briand’s bottle draws its inspiration from a Japanese garden.

The piece nestles against a black branch that could be modeled after one of Hokusai’s woodblock prints, with black, gold, and silver leaves echoing the olfactory tones of Mitsouko. Two flat glass pebbles and another fluid-shaped pebble reflect the bottle’s movement. The fragrance that inspired Mitsouko Absolu 17, Mitsouko is presented in its Eau de Parfum version, in the iconic, sinuous inverted heart bottle created in 1909 by Raymond Guerlain (Jacques’ nephew). For the occasion, this numbered bottle is made in Baccarat crystal.

As a last touch, Guerlain’s famous “Dames de Table” have affixed a golden seal and a black silk barbiche. Passed on from one generation to another, their unique “barbichage” technique turns silk thread into an elegant adornment. All the elements of this exceptional piece, including the estagnon holding Mitsouko Absolu 17, are presented in a bespoke jeweler’s box covered in black leather. The box contains a black mirror to be used as a stand, to show the piece at home.

An exceptional creation, limited to 8 pieces, that asserts, more than ever, Guerlain’s commitment to the art of its time… 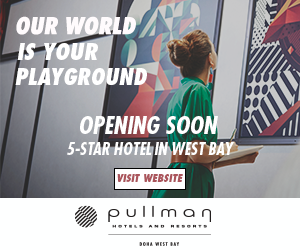