“Performing live music is a way to connect with people, to share emotions with people. It is an exhilarating experience when you feel you are being loved by others.” 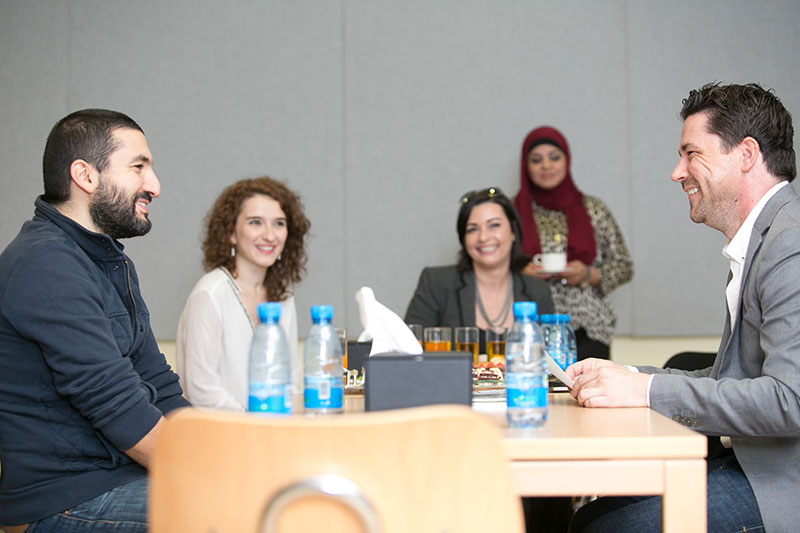 Ibrahim Maalouf is one of the only musicians in the world who plays the quarter-tone trumpet, created by his father in the 1960s. During his stay in Qatar in November 2015, where he was presenting his latest album, Kalthoum and Red and Black Light, Edward Smith had the chance to meet him and ask a few questions…

Born in Beirut, but now residing in Paris, Ibrahim Maalouf is a virtuoso of the quarter-tone trumpet, which enables him to work with the ‘maqam’, or system of melodic modes, in traditional Arabic music. To say he is accomplished would be an understatement.

Hi Ibrahim, so  you are a trumpet player, composer, arranger, producer, you even teach music improvisation. Can you tell us more about improvisation?

So … do you have two hours? (Laughs)  It is very interesting, as it is teaching someone how to transcend pre-established rules as improvisation. It is inventing something on the spur of the moment. There are very few musicians, including classically trained musicians, who improvise because it is not taught or encouraged in classrooms. In fact it is quite nice to teach someone how to be free. It is like a lesson about freedom but through music education, so it’s very exciting. There are many evident parallels between speech and music, you know when people talk over each other or when we don’t listen to each other, often you are hearing but without listening. Therefore the music lessons are not a life lesson per say, but a lesson on living together in a society or as a group.

You are both Lebanese and French and have collaborated with many people of many backgrounds. In some way you are a symbol of mixed-race and plural identities in modern France. What would you like to say to some people who, in France, think that identity is based on skin color?

It’s difficult to choose the right words when talking about this type of topic. When my dad was listening to me playing music with Western influences, he got scared I would lose my Lebanese or Arab roots. However I managed to convince him that it was the opposite—it was not me who was changing but the Arab culture which has evolved over the years—like all other cultures did, gradually, over centuries. Although it is fine to refer to the origins of a civilisation, you cannot deny that heritage is something alive that is constantly evolving. People who deny this dimension will have difficulty to bear the evolution of our world. To those people, I want to say, open your eyes, your ears, accept the world is changing and don’t be scared if your heritage is being transformed—we are promoting it and giving it a new soul. On the contrary, join us in this process so we can certainly keep a certain level of traditions despite changes. In the history of all great civilisations you find this blend of culture and the concept of borrowing ideas from abroad. 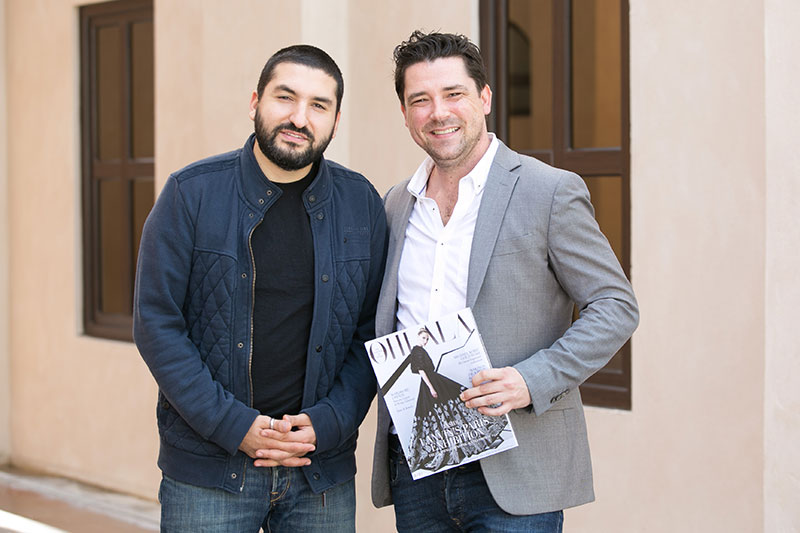 Your father (Nassim Maalouf) revolutionised the trumpet by inventing the four-valve trumpet—most just have three.

Could you explain in simple terms what he invented exactly?

In Arab music you have modes that we call the ‘makams’ which are modes with quarter-tone intervals, and these modes opened the door to incredible possibilities and unlimited combinations. It allows you to play Arab scales on the trumpet, something that was impossible in the past. A classic trumpet is like a piano keyboard – it allows half tones only—C, C sharp, D, D sharp etc. So my father added a fourth valve – that allows the player to lower each note by a quarter-tone—then we can play the makams on a trumpet. What is interesting here is that he invented the only Arabic instrument. My father basically built the bridge between trumpet and Arabic music and I inherited from him and today I’m carrying the mantle of my father. 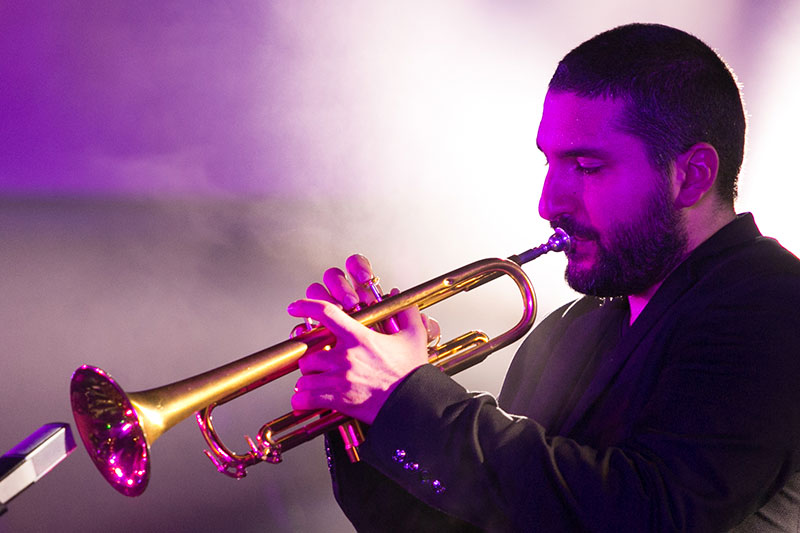 Ibrahim, it seems you had a curious love/hate relationship with the trumpet. What is the current situation?

No seriously, I really like this instrument. Initially, as it was my father’s instrument I had difficulty to claim ownership of it. Moreover I became wrapped up in a very competitive mindset, with an obsession with winning. I had to achieve more than my father has achieved even though he went to the Paris Conservatory. I was someone who looked like an athlete. On the other hand, I was composing, playing music, inventing new songs but only in the intimacy of my bedroom while my career as a ‘musician’ consisted only of music contest and winning prizes.

Yes, performing live music is a way to connect with people, to share emotions with people. It is an exhilarating experience when you feel you are being loved by others. It sounds a bit cliché but I seek for love when I play music. For me the music is something very intimate, when I was a kid and I got to France to escape the war in Lebanon. I used to take refuge in music as I couldn’t speak French nor communicate with others. 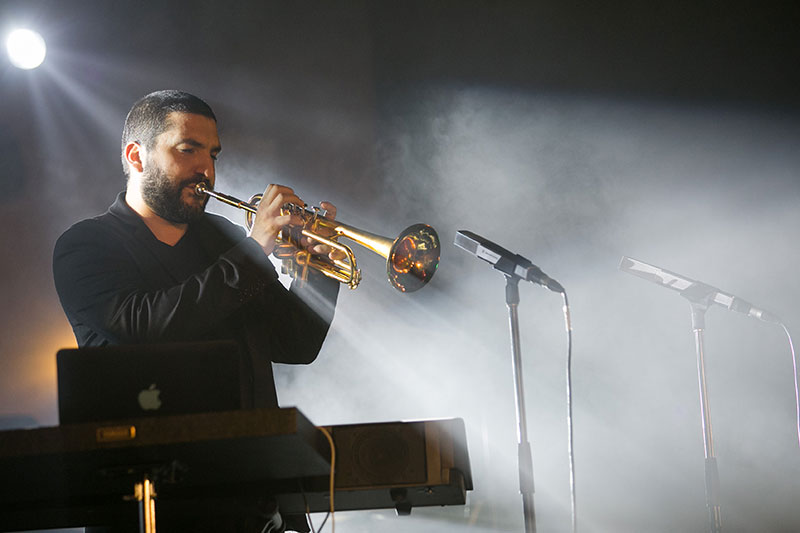 Sometime when you play your four-valves trumpet on stage

it literally sings through the horn with the eloquence of Edith Piaf or Nina Simone. It is like Jimi Hendrix who could make his guitar sound like a female singer’s vibrato. What kind of things do you say through your music?

My music is never conceptual or aesthetic, it is always about myself and my everyday life. The music I’m performing on stage or in studio is music I have in my mind for years before I release them to the public. 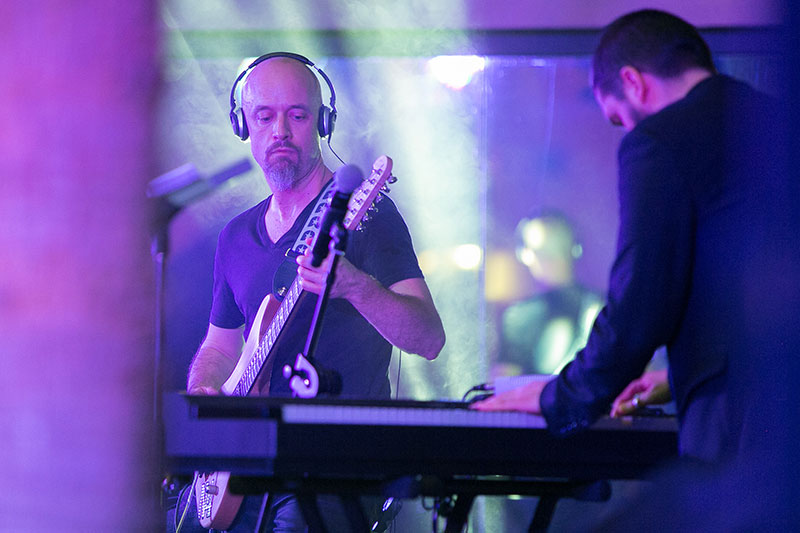 Can you tell us a little more about your latest album, Kalthoum and Red and Black Light ? Why a tribute to the Egyptian Diva?

I grew up listening to Oum Kalthoum. Before bedtime my dad used to always play Oum Kalthoum as each song lasts more than one hour. She is part of my language, I know her songs by heart and I’m a big fan. I know for most of the Arabs of my generation Oum Kalthoum sounds old fashioned and I wanted the public to rediscover the beautiful melody of her repertoire by reinterpreting some songs using Jazz as a more modern musical language. I’m using the original melody, I’m playing the trumpet in the exact way she used to sing – it is more or less a remix or a remastered version to give it more of a modern twist. 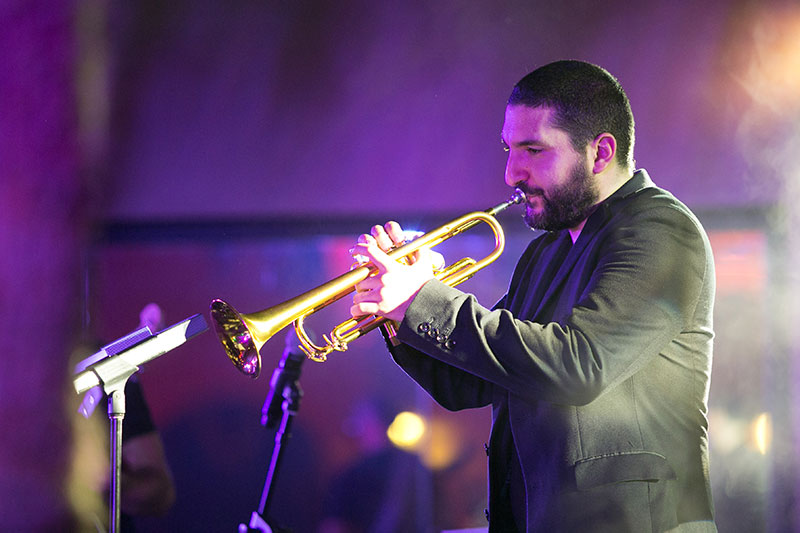