A. Lange & Söhne will once again be present at the 2020 edition of the Doha Jewellery & Watches Exhibition from 24 to 29 February, celebrating the German art of engineering, masterly craftsmanship and – to mark the leap year 2020 – perpetual calendars that run accurately for a whole century. 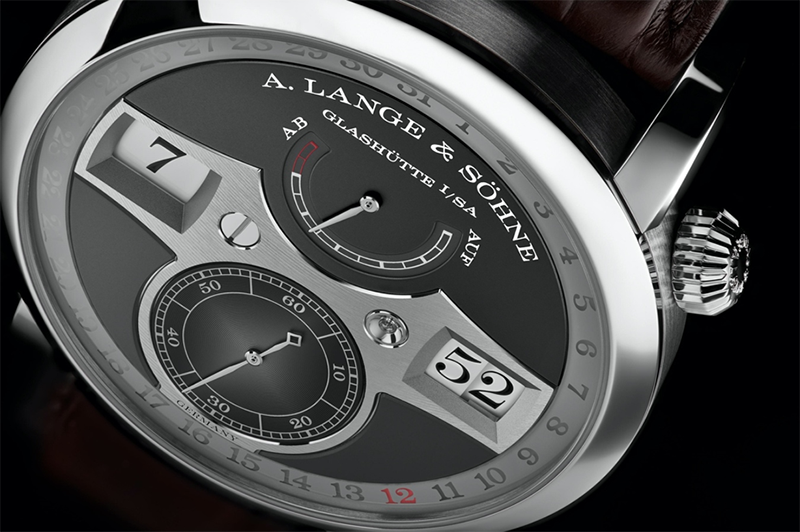 One of the highlights presented by A. Lange & Söhne at the Doha Jewellery & Watches Exhibition will be the new ZEITWERK DATE, launched on the occasion of the series’ tenth anniversary at the SIHH 2019. At the heart of this exceptional timepiece beats the completely redesigned manufacture calibre L043.8 featuring a remarkable extra function: A novel glass ring date matches the Lange-exclusive precisely jumping digital display.

February 29th – the last day of the fair – could be considered the unofficial holiday for perpetual calendars. It’s the rare opportunity they can show what they are made of. Since the launch of the LANGEMATIK PERPETUAL in 2001, A. Lange & Söhne is one of the technological leaders in this field. To date, the watchmaker has developed eight calibres equipped with the sophisticated mechanism, which recognises the different lengths of the months for an entire century.

Among the horological masterpieces on display will therefore also be an exquisite selection of intricate complications that master the calendrical irregularities of the Gregorian calendar like the DATOGRAPH PERPETUAL TOURBILLON endowed with the Lange exclusive stop-seconds mechanism for the tourbillon or the RICHARD LANGE PERPETUAL CALENDAR “Terraluna” with its unparalleled orbital moon phase, which runs accurate for more than a thousand years.

“Over the years, the Doha Jewellery & Watches Exhibition has developed into an important platform for A. Lange & Söhne as a place where we can have an intensive exchange of ideas with our growing number of customers in the Middle East region. We are very pleased to have Al Majed as our partner who shares our never-stand-still philosophy, which has been the key to our success for more than 25 years,” says Jean Bitar, Brand Director at A. Lange & Söhne Middle East, Africa and India.